Home / News / Industry News / What is the knowledge of medicinal gelatin hollow capsules?

What is the knowledge of medicinal gelatin hollow capsules?

By admin / Date Oct 12,2022
Gelatin capsules contain the active drug, typically in a single-dose dosage form for oral administration. Although gelatin is poorly soluble in cold water, gelatin capsules swell in gastric juice to accelerate the release of their contents. Hard capsules are prepared in two sections. The stainless steel plug mold is dipped into a gelatin solution, and the gelatin liquid will be evenly distributed around the plug mold. The gelatin is then treated with cold air and dried to remove moisture. First demould, cut flat and fill the two sections respectively, then cover the two sections of the capsule shell, and then affix a sealing strip with an anti-theft replacement.

Soft capsules are made with an aqueous gelatin solution containing a plasticizer, such as glycerol or sorbitol. Two formed strips of film are run between suitable negative molds, and as the rolling female molds approach, the filling is injected and the capsule halves are sealed together. Gelatin is also used for microencapsulation of drugs, ie the active drug is encapsulated in a microcapsule or sachet and then processed as a powder. The earliest microencapsulated drugs (capsules) were fish oil and oily vitamins encapsulated in a gelatin capsule prepared by an emulsification process. 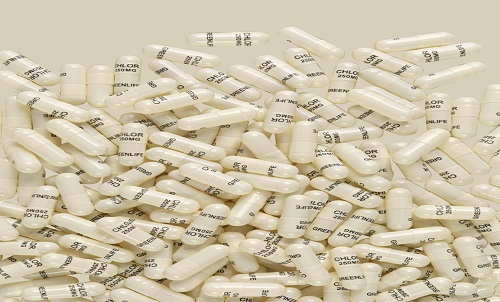